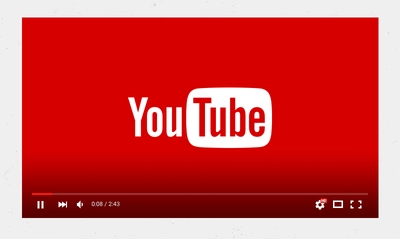 Note: In case of objection raised by deptt. the cost of reply will be borne by clients only.
Buy Now

You have to submit following documents / information

A Patent is a statutory right for an invention granted for a limited period of time to the patentee by the Government, in exchange of full disclosure of his invention for excluding others, from making, using, selling, importing the patented product or process for producing that product for those purposes without his consent.

Yes, the Government of India has formulated schemes to spur the innovative capabilities of the innovators who are from MSME'S and Start-ups.

The types of applications that can be filed are:

B) ORDINARY APPLICATION: An application for patent filed in the Patent Office without claiming any priority either in a convention country or without any reference to any other earlier application under process in the office. Such a type of application is known as an ordinary application.

D) PCT INTERNATIONAL APPLICATION: An Application filed in India as Receiving Office (RO) under Patent Cooperation Treaty is an international application which can be filed in more than 150 countries by a single application.

E) PCT NATIONAL PHASE APPLICATION: When an international application is made according to PCT designating India, an applicant can file the national phase application in India within 31 months from the international filing date or the priority date, whichever is earlier.

G) DIVISIONAL APPLICATION: When an application claims more than one invention, the applicant on his own or to meet the official objection on the ground of plurality or distinct invention may divide the application and file two or more applications, as the case may be for each of the inventions. This type of application, divided out of the parent one, is known as a Divisional Application. The priority date for all the divisional applications will be the same as that of the main (the Parent) Application (Ante-dating).

Patent is a right

A patent is a right granted by the government to inventors in order to exclude others from making, using, offering for sale, or selling the patented invention in the United State.

Once the application is filled as a provisional application, which is a lot cheaper and short to summarize, then the inventor is provided with security and surety that no other could claim the same invention under the filling period of 12 months.

Once A Patent is granted, it provides the inventor the complete right to work or to do anything with his invention for the valid time period. Within this allotted time period no person, business, or an organization is allowed to use or sell or make any modification to the original invention without the investor's consent.

There are still chances if the inventor gets bored about his /her side or want to hand it over to more successful, or deserving being, then he/she can commercialize the invention, kept its exclusive rights and earning a good amount of investment returns from it.

Generating profits through licensing or selling the invention

There are chances that the inventor might want to sell or license the patent due to any reason such as to earn significant profit then there is a provision for that too. In India, he/ she commercialize or license it to another firm who could offer him a good amount of money.

By disclosing the invention in public domain openly, itself signifies that the inventor holds the guts to get challenged for his work to attain a good public impression and enhance his/her portfolio.

When can an applicant withdraw patent application in India?